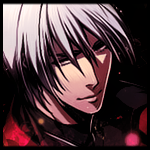 Log shipping replication (i will use a short name for it LSR) is another one method to physically replicate data between multiple database clusters. As name says this method is about to replicate data through WAL-files (segment) which is transferred between instances. This is probably the most simple and straightforward method for data replication, but this simplicity comes with price and compromises which also should be accounted.

LSR has only async mode. There are multiple reasons for it:

Because LSR is async standby replica may be not fully synced with primary instance and because of it such a replica also called warm standby.

As LSR is a physical replication there are some general limitations and recommendations:

Theory is good, but let’s try it on practice now.

First of all we need to init new database:

After database initialization we should update its’ postgresql.conf:

The setting archive_command is the key for replication. In this example we will archive WAL segments into some temporary directory, but in a production you can use any filesystem such as hdfs, s3, local and so on. Using hdfs or s3 also give you replication out-of-the-box for your WAL segments which is good for reliability. Don’t forget to create directory for WAL archive:

Now we are ready to start primary server:

To connect to the created primary instance you can use this command:

As we didn’t setup any user or database by default we can connect to the postgres database without any explicit credentials.

After connection to the new primary is established we can create something:

Currently, directory /tmp/wal_archive is empty. This is because nothing was archived yet. In the meantime in the directory /tmp/primary/pg_wal will be at least two names:

As earlier was mentioned by default WAL segment occupy 16 mb and it will not be archived until it’s full. Let’s generate some data:

Now we can see that some WAL segments were archived and saved into the /tmp/wal_archive. Let’s move on to the replica server setup.

To setup replica we should backup it from the primary instance using pg_basebackup tool:

and then configure it by updating postgresql.conf:

pg_basebackup also will create a postgresql.auto.conf with primary_conninfo setting. This is required for streaming replication, but for log shipping we don’t need it and we can remove this setting completely.

After all setup steps are done we can start it:

On both servers result should be the same. Now we create ten records on primary (keep in mind that standby is read-only):

After this query primary and standby will have different rows count. This is because WAL segment wasn’t archived because it hasn’t filled up yet.

Now we will create more enough records in primary instance to fill in WAL segment:

This should be enough to fill 16 mb of data and trigger WAL segment archivation. If we execute count query again we still may see that results are different but on standby it was also updated. Results are different because some updated were included in new WAL segment which is not archived yet. This is a replication lag which we discussed at the beginning. Replication lag may be reduced using streaming replication

In some cases you need to promote standby to primary. This may happen if primary server is down for along time or, for example, your system can’t operate normally if database was shutdown even for a short time and you have to promote standby fast. In this case you may just execute this query in standby:

After this query standby instance became a new primary. To return old primary after promotion standby you need to restore it.

This was a quick example of how to setup log shipping replication in PostgreSQL. More info could be found in the official documentation.

You May Also Enjoy

How to create a small json lib using antlr and shapeless

In this article i will show how antlr4 and shapeless can be used to create a small json library (not for production, of course ^_^) with ability to decode ar...